From time to time, people ask what motivates us at Paid for Grades to do what we do.

Why do we hand out cash awards to students who complete our program? Well, there’s actually a rather simple answer to that question: it works!

Every student faces a variety of challenges during their educational career. One of the most common recurring issues, though, is that they often don’t have the motivation or support necessary to succeed. And, in many cases, this situation is directly tied to environmental and economic factors.

Many kids, especially those coming from less-privileged, working-class backgrounds, won’t have the same opportunities as their peers. They may not have access to the same resources, like afterschool private tutoring or technologies to assist with continued learning. In many cases, underserved students lack access to basic housing and food stability that others take for granted.

According to data from the Census Bureau, 15.5 million children in the United States are currently living in poverty. It’s especially pronounced within minority populations; among Black and Hispanic populations, one in three children in the US live under the poverty line.

There is a strong correlation between a child’s environmental factors and their scholastic performance. The same source referenced above shows that children raised in poverty have smaller vocabularies and lower language skills than children from middle-income families. These students are more likely to dropout of school later in life, and are significantly less likely to complete their postsecondary education.

The Value of Education

Education takes many forms. Some students may be college-bound, while others head to trade school after graduation. One thing is certain: education of any form is the key to opening doors for advancement and accumulating wealth later in life.

According to the US Bureau of Labor Statistics, there’s a direct relationship between median salaries and education level:

We’ve mentioned here before that the long-term costs of scholastic underperformance are massive. The problem costs the US more than $240 billion every year in lost earning potential, tax revenues, and social services. As explained above, though, what we have here in the US isn’t a lack of ability. Instead, the problem is access to opportunity and awareness of the value of education.

Formal education is one of the best methods of breaking the cycle of poverty. For children coming from more modest means, though, education may not be highly-prioritized at home. Despite the data, many kids coming from working class backgrounds are unable to draw a direct link between their performance at school and success later in life. Many millions more are simply never encouraged to try; as such, they lack the confidence necessary to reach their potential.

It’s a tragedy that millions of people will only realize how crucial education is once they’ve already missed the opportunity to take advantage of it. But, even if many children can’t immediately understand the importance of education in the abstract sense, everyone understands the value of money.

Our strategy at Paid for Grades is to reward kids for their academic performance with a cash prize. This prospect is meant to capture students’ attention and make them want to participate. Once they’re involved in the program, though, many students discover a genuine passion for learning. In addition, students also develop much-needed confidence that will help them succeed even after the program’s end.

We’ve seen students enter the program with no plans for postsecondary education, only to become college-bound afterwards. Participation in the Paid for Grades program offers students the opportunity to improve their grades, develop life skills, and discover strengths and aptitudes they never realized they had.

With Paid for Grades, the cash offers an incentive…but the real reward will payoff for a lifetime. 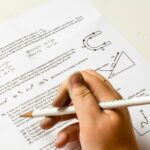 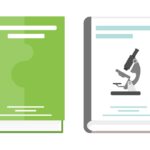 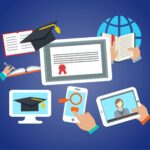