It’s still early in the new school year. Before you get settled into a rigid routine, we’re here to offer some pointers on how to take better notes.

Many of you will like this approach, as it allows for more spontaneity and personalization. You can take notes in a way that vibes better with your personal learning and limit the need to return to topics for later cramming. It’s a model called Flow, and it’s an investive new way to study.

Flow is a studying method that is intended to increase retention by allowing for personal interpretation and spin. Think of it as an updated shorthand that you can use to link the subjects you study to the facts and figures that you hear in class. The information is more relevant to you, and will be better-equipped to jog your memory of the topic later.

What Makes the Flow Method Unique?

Traditional studying methods encourage students to hammer out every word their instructor says in order to learn and memorize them later. The Flow Method, in contrast, encourages you to learn the material while you are taking notes.

The idea behind this is that you can take the amount of time spent studying the material and cut it in half. At the same time, you retain more of that information by using those notes as a buffer.

Think about it. You’re sitting in class, and your instructor is droning on and on for hours every week. You’re taking notes, but are you really learning the information?

Odds are, you’re just memorizing a portion of what was said. You’re not really internalizing information though, so it won’t really have much use. With the Flow Method, the idea is to both retain the information, and actually learn from it.

How to Go With the “Flow”

Odds are, even your parents have seen the Flow Method at work. It may just have been going by a different name.

Mind mapping may be familiar to some readers. It’s extremely similar in size and scope to the Flow Method. How it works is pretty simple:

And that’s it. The point is to gather the overview and fill the space around it with the things you learn in class.

Easy right? Well, before you get the idea that we’re telling you not to study hard, let’s slow down a little bit.

Let’s be clear, the Flow Method shouldn’t be a replacement for traditional studying…. Repeat… YOU WILL STILL HAVE TO STUDY to get stellar grades.

What the Flow Method is promoting is the idea that you should spend less time repeatedly cranking out verbatim notes that don’t ultimately help you learn. Instead, you should spend your time actually learning the material you’re hearing in class lectures.

The simplest and most effective way to do this is to set up an audio recorder in class to get the full lecture, then fill the gaps in your notes up with that information afterward. You could also try the same process in reverse; write down the main points in class, then write out your Flow notes later by listening to the recorded lecture.

Another idea that works pretty well is to study your course syllabus at the beginning of the semester, and take notes directly out of each chapter you are asked to study in your textbook. Combine those with the notes you take in class.

Whichever method you choose, the important thing is to get creative about how you learn. Not everyone excels in the same, linear way. A little creative freedom now and then might be just the thing you’ve been looking for. 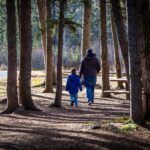 5 Fun Things to Do Over Thanksgiving Break Besides Shop and Eat November 22, 2022 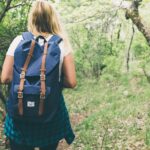 How to Get Lost: The Benefits of Taking a Nature Walk November 3, 2022 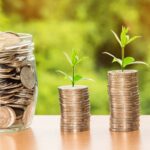 Early Investments: How to Get Started While Still in High School October 24, 2022