It’s fair to say the majority of students probably don’t look forward to creative writing assignments. Writing is a long, laborious process that requires a lot of thought and careful planning.

There are ways to engage students in the writing process and help them improve their skills in a fun and constructive way, though. The trick is to make creating a story fun, and the best way to do that: make it a game.

Tabletop role-playing games (RPGs) have been around for years. Evolving out of strategy and war games like chess, the tabletop RPG really took off in the 1970s with the introduction of Dungeons & Dragons, commonly abbreviated as D&D.

Like most tabletop RPGs, D&D has some fairly-complex rules. However, it’s very simple in terms of material. For the most part, all you really need to play is a book, a pencil, paper, and a set of dice. If you’re a fan of the Netflix series Stranger Things, you’re probably already familiar with the concept of the game. If not, though, here’s a brief explanation.

A game of D&D requires a Dungeon Master, or DM. This is the figure who is essentially omnipotent, and who controls the players’ fates.

You can buy a prebuilt adventure story to play; for this, the D&D Starter Set is actually a pretty good option. However, the Dungeon Master can also create a new one from scratch. For this, you’ll need copies of the Player’s Handbook, Dungeon Master’s Guide, and the Monster Manual. Of course, the DM isn’t completely free to create anything. There are a lot of interesting questions one must ask when developing a fantasy world, including:

These are just a few questions to consider when building a world from the ground-up.

Once the world is finally constructed, you can begin the game. This will entail a lot of improvisation and thinking on one’s toes from both the DM and the players. With each roll, players alter and change the story, meaning that everyone must be able to react in time.

How Does D&D Improve Your Writing Ability?

So, we know what Dungeons & Dragons is now. But, how does a game like this help students improve their skills?

A paper published by UCLA showed that, when young students started playing D&D, they saw improvements in their academic performance in a number of subjects. However, the game is especially valuable to aspiring writers.

D&D offers valuable lessons to help young writers polish their skills, even if they’re not aspiring fantasy writers. For instance, the game gives students a clear impression of the worldbuilding process. This helps players grasp the concepts they’ll need to understand about a story before they begin writing out the plot.

Designing a new world entails making up the story of the game, designing the maps, creating the nonplayer characters, and so on. The DM is essentially the author of the in-game world.

It’s not only the Dungeon Master who benefits, though. The gradual development of the game’s plot also helps players understand compelling storytelling. Revealing information about characters in the game illustrates the idea of character development. And, games that require players to use their imaginations together help foster collaborative relationships.

For established young writers, starting up a D&D campaign can help keep your skills sharp and finely-tuned. But maybe the fantasy setting just really isn’t your thing? Not to worry; there are lots of different games that fall in the tabletop RPG category! Some of the most popular include:

You can view a few list of the top-rated games by players here. If one seems especially interesting, go ahead and check it out! 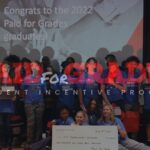 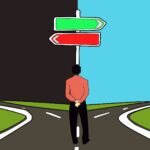